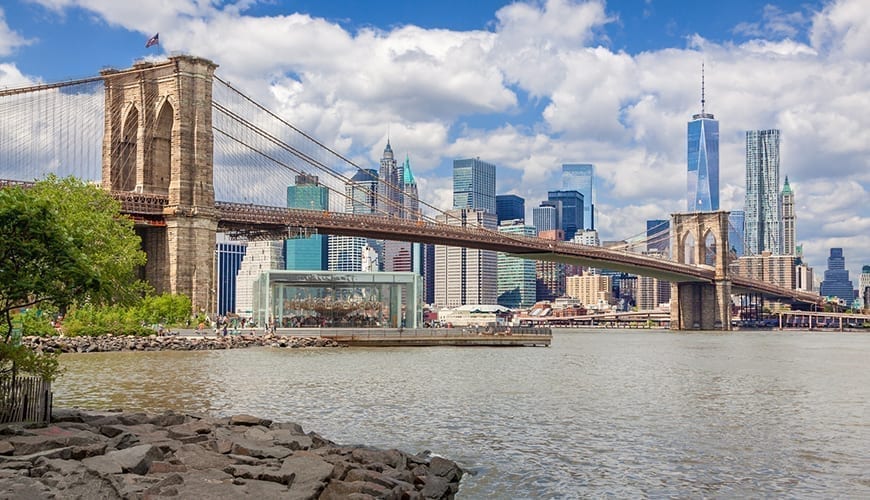 A Construction Accident on the Brooklyn Bridge

If you are involved in a construction accident in Brooklyn, you need to find a top lawyer to prosecute your case.  In a notable case, a worker sustained a serious injury while working at the Brooklyn Bridge.  He worked for a painting company.  The project general contractor hired the painting company.  They hired the company to repair and paint the bridge.

On the day of the construction accident, the worker’s boss assigned him a portion of the bridge to work on.  The work was at an elevated level.  The worker began his work in the morning while the weather was foggy.  He used a ladder to reach the work area. It had rained earlier that morning and the ladder was wet.  He carried a bucket of paint that had a paint brush in it as he ascended the ladder.  As he was five or six feet up the ladder his foot slipped and he fell.  He said he slipped because of moisture on the ladder.  He fell backwards and struck his back on a guardrail.

His construction accident lawyer filed a lawsuit against the general contractor (the defendant).  During his deposition, the worker testified that the ladder was wet on prior occasions.  He never had a problem with a wet ladder during two years on the job.  His company’s safety officer testified that the worker could have had the paint bucket handed up to him.  Alternatively, the paint bucket could have been passed up by a rope line.

The worker’s safety manager inspected the accident site and did not identify any tie off points.  However, he testified that workers needed to keep three points of contact while climbing a ladder.  If he had observed the worker climbing the ladder while carrying the bucket, he would have stopped him.

After all parties testified, the worker asked the judge to decide liability in his favor.  The worker argued that defendant failed to protect him from height-related risks.  Accordingly, the defendant violated New York’s scaffold law.  This law states that owners and contractors have a duty to protect construction workers while they are working at a height.  This law applies even when the owner or general contractor did not directly control the work.

Construction is big business in Brooklyn.  Developers and contractors spend millions of dollars to build these projects.  They have deep pockets and when accidents occur they hire the best lawyers money can buy to defend these lawsuits.  If involved in an construction accident in Brooklyn, you will need to contact a lawyer who has the expertise to win your case and get the compensation you deserve.