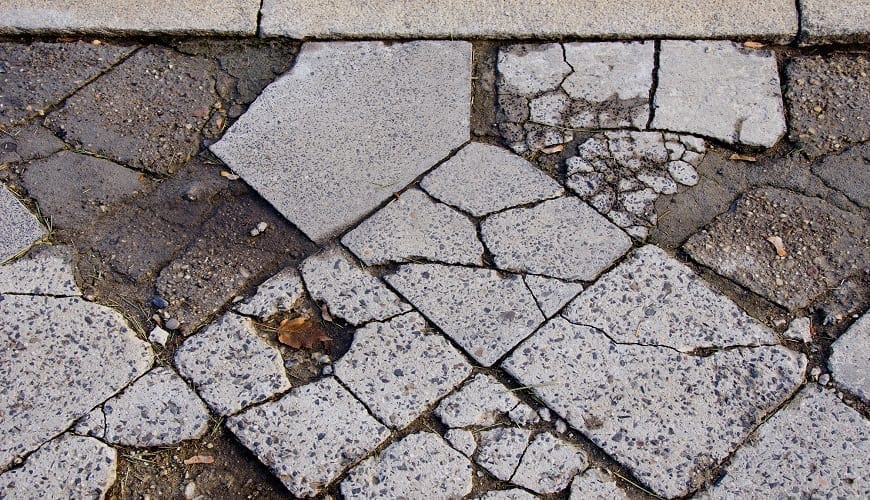 If you slip and fall in Brooklyn, you will need a Brooklyn Slip And Fall Attorney.  The rules for slip and falls in New York City are very particular.  This can be especially true if the City itself is one of the defendants.  Here we hope to outline the steps one should take if that is the case.

The Second Department Appellate Court is a court which decides cases from Brooklyn which have been appealed.  Recently, this court considered the case of a person who fell in Brooklyn on August 15, 2014.  After she fell, she sued the City of New York.

How Can A Brooklyn Slip And Fall Lawyer Beat the City?

In support of its case, the City submitted items from discovery including the depositions and two Big Apple maps.  Big Apple maps are maps of the city when may indicate where known defects exist.   However, one of those maps showed a crack which existed in the sidewalk since at least 2004.

At her deposition, the plaintiff told the defendant that she fell on a crack that was about 16 inches at the same location as noted in the map.  The City received the map before the accident.  While the City claimed that the map did not show the exact defect, the Brooklyn Slip And Fall Lawyer disagreed.

The plaintiff argued that the symbols were indeed the defect which caused the accident, and the City’s assertion was wrong.

Should My Brooklyn Slip And Fall Lawyer Understand Appellate Courts?

The original court held for the City.  This means that the injured victim’s case was initially dismissed.  However, the Brooklyn Slip and Fall Lawyer appealed to the higher court. The court said that the administrative code does limit the City’s liability. Specifically, it limits it only to cases where there is prior written notice. To quote, “a notice is sufficient if it brought the particular condition at issue to the attention of the authorities.”  This court said that the Big Apple map, at the very least, raised an issue of fact as to whether the city had notice of the claim. As a result, the case was able to move forward and the Brooklyn Slip and Fall Lawyer defeated the summary judgment motion.