Slip And Fall On Ice

New York City is largely a pedestrian city.  This winter there has been near constant snow, slush, and ice on the ground.  Of course, this makes for dangerous walking conditions. Pedestrians are clearly susceptible to slipping and falling on snow, slush, or ice.  It is important to know owner’s obligations to clear snow, slush, and ice if you slip and fall while walking.

The courts have held that property owners bear a strong burden of clearing snow and ice. However, there must be significant notice and opportunity for proper snow removal.  For that reason, the courts have generally held that there is no liability on the property owners if a slip and fall on ice accident happens while a storm is in progress.  A property owner to be responsible for “catching every snow flake as it falls”.  These principles are illustrated in the following cases.

Case One – Slip And Fall On Ice While It Is Snowing

In the first case, a plaintiff slipped and fell on a sheet of ice outside of the defendant owner’s building.  At the time of the fall, it was snowing lightly.  The plaintiff claimed that the sheet of ice was “under the flurried snow”. The defendant hired a climatologist who produced evidence that a storm was in progress at the time of the accident.  The plaintiff produced a meteorologist who opined that the hazardous icy condition existed prior to the snow storm. Further, it was created by the melting and refreezing of snow from snowfalls before the accident.

The defendants moved for summary judgment because a storm was in progress at the time of the accident.  The lead custodian of the building stated that the entrance area where plaintiff fell was salted and shoveled. This was done at least twice a day. He also said that the area had been cleared for an event the previous week.  The court granted defendant’s motion on the slip and fall on ice issue.  The plaintiff appealed, and the Appellate Court affirmed the decision, holding that the plaintiff’s expert’s opinion was speculative.

In the hour before the accident, the climatological data illustrated that the temperature had dipped below freezing, and remained so when the accident occurred.  The defendant moved for summary judgment, which was denied as questions of fact existed as to whether her snow removal activities created the dangerous, icy conditions.

In this severe winter it is important to know what your responsibilities are as a homeowner, and what your rights are as a pedestrian if you slip and fall on ice.  Please exercise caution when there are snowy and icy conditions.  But if you are injured as result of a slip and fall, consult an experienced personal injury law firm who can evaluate your case and give you the information and advice you need 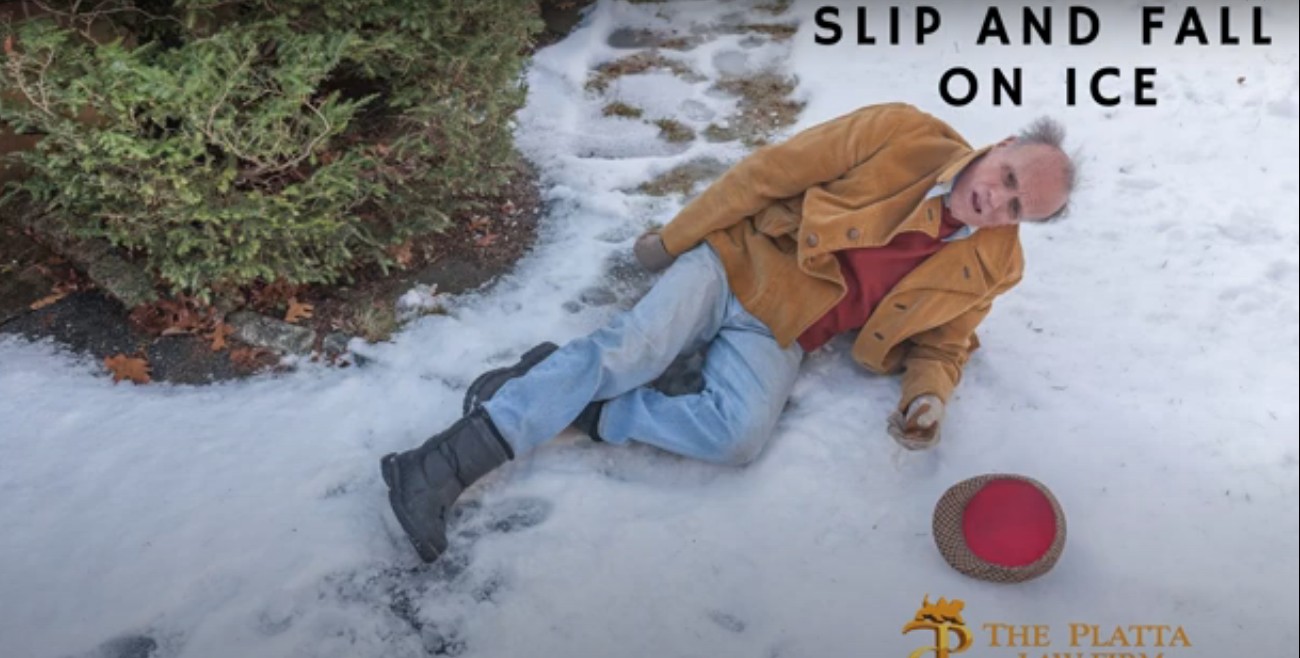