Most Accidents for Excavations Occur in Trenches 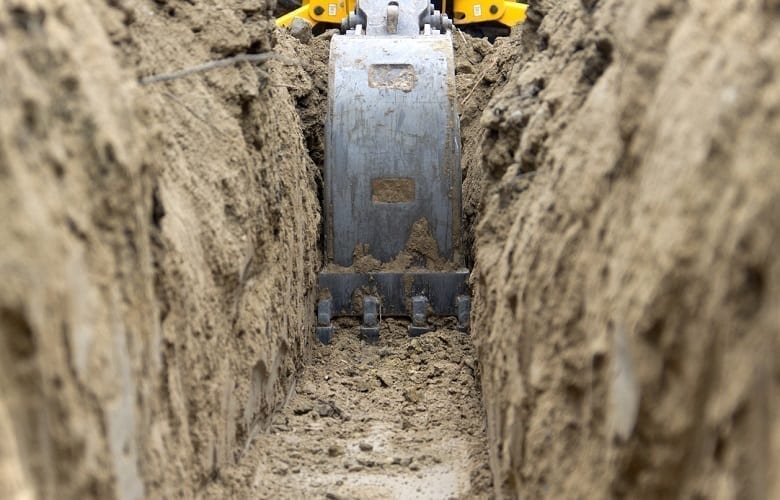 Why do most Accidents for Excavations Occur in Trenches? It happens to be a real problem in America and could very easily happen to any worker in the construction field. Recently, a thirty year old sprinkler system installer was injured while excavating a trench in the backyard of a construction project. A stone retaining wall adjacent to the trench collapsed injuring man’s left ankle and foot, resulting in a trimalleolar ankle fracture. The injured man sued the company supervising the project to recover damages for sustained injury alleging violations of Labor Law § 200 and § 241(6) and common law negligence.

At the trial, the jury found that defendant was the general contractor, selected the sub-contractors, coordinated the work of the contractors and had the authority to direct and supervise the work including supervising the work of the injured. Additionally, the jury found that defendant was liable for the injuries of the man because it failed to properly construct the wall which was a substantial factor in causing the accident, and failed to provide reasonable and adequate protection and safety to the injured. A top personal injury law firm will be able to guide you through the entire process. Most Accidents for Excavations Occur in Trenches and trench work needs to be done in a careful manner.

The lower court denied the motion, holding that with respect to Labor Law § 200 there was reasonable evidence that defendant’s failure to construct the wall as designed was a substantial factor in causing the accident. The lower court held that the defendant was responsible for the design of the retaining wall and a plan was originally to have the retaining wall constructed with mortar.  Despite the plan, defendant directed the workers to build a dry stack wall which an engineering expert testified was not as stable as the wall called for in the approved plans.  The testimony showed that the wall, as built, was less stable and more subject to overturning than the wall that was designed.  Plaintiff’s expert testified that in his opinion the wall would not have collapsed due to the trench being dug next to it had it been built according to plan.

The lower court held that with respect to Labor Law 241(6) there was a reasonable view of the evidence that defendant violated the industrial code provision, Section 23-1.4(b)(13) which requires that buildings and structures in the vicinity of excavation work be properly supported to prevent injuries to persons. The lower court reasoned that it was clear that defendant was involved in excavating the property near the wall and failed to provide reasonable and adequate protection and safety to plaintiff.  The lower court denied the motion and defendant appealed.

On the appeal, the Second Department held that the lower court properly denied a motion to set aside the jury verdict on the issue of liability on plaintiff’s causes of action alleging violations of Labor Law § 200 and § 241(6), and common-law negligence.  The Second Department held that there was a valid line of reasoning and permissible inferences by which the jury, on the basis of the evidence presented at trial, could have rationally reached its verdict.

The Court further held that “a jury verdict should not be set aside as contrary to the weight of the evidence unless the jury could not have reached the verdict by any fair interpretation of the evidence.” The Court added that it is for the jury to make determinations as to the credibility of the witnesses, and great deference in this regard is accorded to the jury, which had the opportunity to see and hear the witnesses.

The Second Department, however, held that the award for future medical expenses should be reduced from $360,000 to $286,750 based on the evidence submitted to the jury, stating that any award of damages beyond that sum was speculative.  Accordingly, the Second Department affirmed the portion of the decision of the lower court which awarding plaintiff  $1,000,000 for past pain and suffering and $1,280,000 for future pain and suffering, and modified the decision in part by reducing damages for future medical expenses to $286,750.

If you or someone you know has been involved in an excavation or trench accident, please contact us immediately to ensure a speedy process for your case.