How Does Having a Child Passenger Affect Your Motor Vehicle Accident Case?

In New York, traffic accidents that involve children are not treated by the law in the same way as adults. Tort law assumes that minors cannot make well-informed judgments the same way adults can. Because of this, the rules for liability and compensation differ if a young child is involved. A child’s life can be affected by an injury by causing pain, disability and psychological issues. To navigate the rules surrounding a motor vehicle claim when a child is involved, an experienced attorney can help.

Restraint Systems in a Motor Vehicle

The State of New York requires child restraint systems and safety seats. The following is a requirement of New York State law:

Federal Motor Vehicle Safety Standard 213 certifies both safety seats and child restraint systems that can be used in the state. It is important to use the instructions supplied by the manufacturer to be sure the system or seat is installed correctly.

Filing a Claim for Minors and the Statute of Limitations

A personal injury claim in New York must be filed within three years after the accident. Once the three-year period has passed, injury victims are no longer eligible to apply for compensation. This rule does not apply to child injuries. Under-18-year-olds are considered minors and cannot file their own lawsuits. A parent usually initiates legal action on behalf of their child right after an accident. If a claim is not filed within this period, minors have three years from their 18th birthday to place a claim.

However, waiting until the injured child’s 18th birthday may not provide the best option since evidence to prove the injury claim may disappear by waiting. Should the minor child be close to gaining the age of majority, a personal injury lawyer can help by filing an extension to the statute of limitations. This helps avoid potential problems by having a parent or guardian file.

Injuries to Children and Compensation 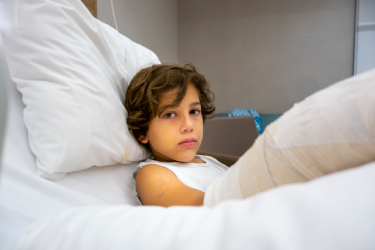 A child has the right to receive compensation for injuries incurred in an accident in New York due to negligence. The damages are either paid through the state’s no-fault insurance system or a personal injury lawsuit. Medical expenses are covered under no-fault insurance. However, pain and suffering are not. Other costs that might be recoverable may be eligible.

Such as needed assistive devices and home modifications deemed necessary for physical function. Parents may be able to recover ongoing out-of-pocket expenses they paid for the care of the injured child. Ask your injury lawyer how this fits into your case. The guardian or parent may also approve or disapprove of a settlement made in their child’s lawsuit. Often, an attorney helps the parents in this decision-making process.

Compensation for Child Injuries and the Threshold for Serious Trauma

The following damages may be claimed by a plaintiff in a personal injury lawsuit, including for minors:

The following recovery of damages may also apply to children:

The following coverage under New York’s auto insurance laws is as follows:

While the insurance system in New York is meant to cover up to $50,000 in damages quickly, for many, the limit is not enough to cover their costs. In this case, the injured person has the right to file a lawsuit against the at-fault party. Severe injuries are defined as:

Going Outside the No-Fault Insurance Program 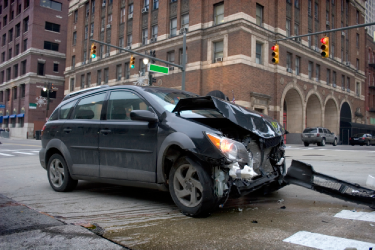 To recover pain and suffering damages and other non-economic losses from the at-fault driver, you must meet the abovementioned thresholds. In New York, no-fault car insurance covers injuries caused by car accidents but not vehicle damage up to the stated limit. When a vehicle is damaged, an insurance claim must be made separately against the at-fault driver in New York, with no limitations.

If the parents need to go outside New York with no-fault insurance and the damages the child suffers are egregious, they may request punitive damages. This means the at-fault party acted in a willful, negligent and reckless manner as defined by state law. Punitive damages are not meant to compensate a loss but to punish the wrongdoer. They are also intended to prevent others from behaving similarly.

How Car Accident Claims are Different for Children

There are many differences between a car accident claim for a child and for an adult. One of those differences is that a judge can reject the settlement in a child’s case even if the parties agree to it.

As courts are always focused on the child’s best interests, they often appoint a representative to analyze the case files and report on whether the parents upheld the minor’s interests. In the end, a personal injury lawyer’s assistance can help a parent through a difficult period when their child has been injured. They will help ensure that all avenues are pursued to obtain just compensation for their child’s injury.

PrevPreviousHow Many People Can Be at Fault for a Pile-Up Accident?
NextWhy are Burn Injuries a Common Consequence of Product Liability Cases?Next