Fall Injuries in the Workplace 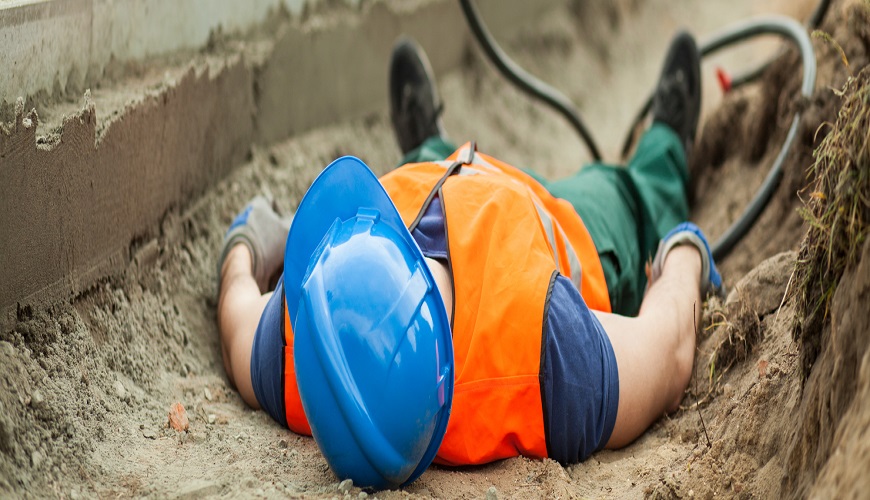 A man’s fall injury occurred in his workplace while he and his coworkers unloaded a bundle of steel reinforcing bars. The workers unloaded the bars from a flatbed truck as he worked at a construction project. On the day of his accident, the New York City Department of Buildings issued a partial stop-work order.

The City issued the order since the site hoisted materials with nylon straps. The City considers this hoisting method an unsafe practice. Therefore, the man and his coworkers could not use a crane to lift the bundles. Each bundle weighed approximately 8,000 to 10,000 pounds each. Instead, the workers used crow bars to roll the bundles of reinforcing bars off wooden four-by-four planks.

The planks that the bars rested on were located on the truck’s bed.  The workers moved one of the bundles and it began falling from the truck. This shift in weight caused one of the wooden planks to catapult the man into the air. The man fell 20 feet to the ground, and was immediately struck and injured by the same four-by-four plank. Fall Injuries in the Workplace happen more often than we think.

The man injured due to the falling bar sued both the company managing the project and the construction site’s owner. He sought a recovery of damages for his personal injuries, alleging a violation of Labor Law § 240(1). The plaintiff moved for summary judgment on the issue of liability on the Labor Law § 240(1) cause of action. The lower court denied plaintiff’s motion for summary judgment. Plaintiff appealed.

The Second Department held the fall injury at the workplace resulted in a violation of Labor Law § 240(1). Thus, the lower court should have granted plaintiff’s summary judgment motion on the liability issue.  The Second Department held “Labor Law § 240(1) was designed to prevent those types of accidents in which the scaffold, hoist, stay, ladder or other protective device proved inadequate to shield the injured worker from harm directly flowing from the application of the force of gravity to an object or person.”  The Court further explained plaintiff’s launch from the truck along with the wooden four-by-four plank upon which he stood flowed directly from the application of the force of gravity to the bundle of reinforcing bars.

The Court pointed out that the elevation differential between the flatbed truck and the ground was significant. Labor Law 240(1) applied due to the bundle’s heavy weight and the amount of force they generated when they fall. The causal connection between the bundles’ descent and plaintiff’s injury was unmediated by any safety device. This includes the crane that had hoisted the bundles earlier in the day.

The Second Department also held plaintiff’s evidence established the site owner violated Labor Law § 240. The violation occurred when it failed to provide an enumerated safety device such as a hoist (i.e., crane). The owner’s failure to provide an appropriate safety device was a proximate cause of the plaintiff’s injury.  The Court finally held that, in opposition to plaintiff’s showing, the owner failed to raise a triable issue of fact.