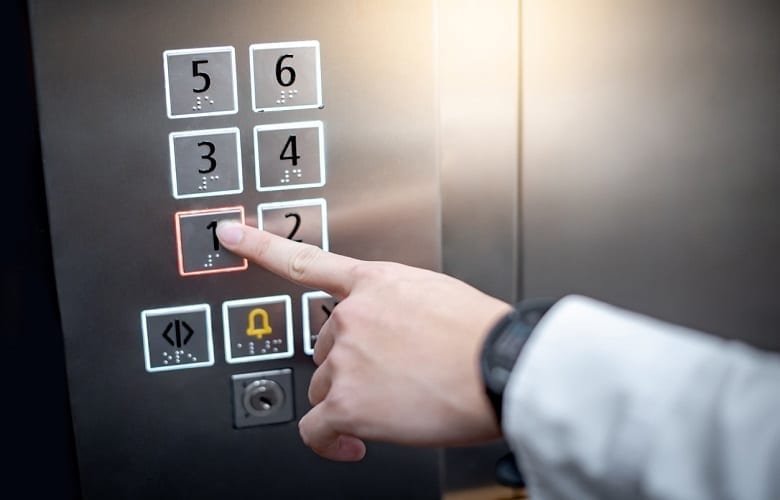 As a result of the elevator accident, the worker sustained injuries to his back, neck and shoulder. An ambulance took the injured worker to a hospital. He received X-rays and minor treatment and was released.  He later had further diagnostic tests which revealed that he had suffered herniations of his C3-4, C5-6 and L5-S1 intervertebral discs, and impingement of his right shoulder. The injured worker was administered a series of painkilling facet-block injections and trigger-point injections.  Eventually, the worker underwent arthroscopic surgery that addressed his right shoulder and a discectomy which involved excision of a disc from his spine’s cervical region and fusion of the corresponding level of his spine. He also underwent fusion of a portion of his lumbar spine. He was unable to return to work and filed a Workers’ Compensation claim with his employer’s insurance.

The injured worker sued the premises’ owners and manager as well as its elevator service provider. The worker alleged that both were negligent in their maintaining the elevator.  The parties agreed the elevator’s sudden stops resulted from its door having clipped a roller guide within the elevator’s shaft. Plaintiff (the injured worker) claimed the misaligned door and the cabin tipped forward, allowing the door to contact the roller guide. The door’s misalignment was a result of debris having clogged its track. Documents disclosed in the discovery phase revealed that, six months prior to the accident, a similar malfunction occurred because debris accumulated within the track. In the prior instance, the debris was removed by using a chisel.

The plaintiff claimed because of the elevator accident he continued to have pain in his back, neck, and right shoulder.  He also claimed a reduction in his range of motion in those areas. This hinders his performance of many physical activities, and that as a result, he cannot work.

If you or someone you know has been injured in an elevator accident, please contact The Platta Law Firm for a free legal consultation by calling 212–514–5100 (24/7), emailing swp@plattalaw.com, or visiting our law firm in Financial District of Manhattan (42 Broadway, Suite 1927). You can also ask us questions using the 24-hour chat box on our website (www.plattalaw.com). Our elevator accident lawyers offer free consultations for all potential personal injury cases.