Of all the car accidents out there, a pedestrian hit by a bus is one of the scariest. For obvious reasons, these accidents can have disastrous results. In these situations, it is important for your lawyer to carefully explain your options. In some instances it can be valuable to take your case to trial. Other times, it may be wise to settle your case. The case below walks through the settlement process. It helps explain why settling was right for this client.

Reasons Settlement May Be Your Best Option

First, there are many reasons New York accident attorneys try to settle its client’s cases. In lieu of taking cases to trial, settlement ensures a prompt resolution of a client’s case. In a pedestrian hit by a bus accident, It allows the client to get on with their lives. This means they wont have the possibility of trial hanging over their head.  Even if you are victorious at trial, your adversaries have the right to appeal the case. Therefore, his could delay the resolution of an action for years.  A recent First Department appeal illustrates how long cases that do not settle can continue. 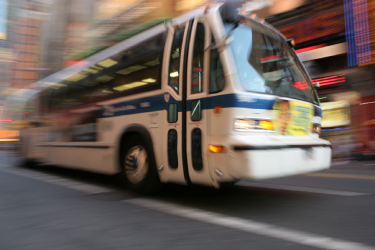 The case involved is a New York City Transit Authority bus killing the victim.  The decedent’s son brought suit on her behalf against the NYCTA and the bus driver.

The decedent’s family alleged the driver and the NYCTA were negligent. This was because the bus struck her in the crosswalk. The defendants argued that the decedent fell or collapsed before the bus entered the crosswalk.

Therefore, they argued, the bus driver was unable to see her. The case went to trial. The Manhattan jury found the bus driver (and by extension the NYCTA) 100% responsible for the accident.  In this pedestrian hit by a bus case, the decedent’s family presented an expert witness who opined that the decedent was struck by the front of the bus.

The victim rolled underneath the bus until she was fatally run over by the bus’s rear wheel.  This means, she was alive. In this instance, she is entitled to what is known as “conscious pain and suffering” for the time period between when she was first struck by the bus and when she was fatally struck.  The jury believed the plaintiff’s witness and in addition to other damages, awarded the decedent’s family $750,000 for conscious pain and suffering in the following amounts: $250,000 for fear of impending death, plus $500,000 for physical injuries.

The Appeal of This Pedestrian Hit by a Bus Case

The defendants appealed the jury’s verdict arguing that the expert witness was speculating and that the damages awards were excessive and without basis. They also appealed the finding of liability against the defendant.  In its decision, the First Department upheld the jury’s finding of liability, holding that ample evidence supported the finding that the defendant “breached its duty to exercise due care, or see that which he should have seen through the proper use of his senses.”  The First Department also rejected the defendant’s argument that plaintiff’s expert’s testimony was speculative.  However, the First Department did reduce the award for “conscious pain and suffering” from $750,000 to $375,000, because given the duration of the conscious pain and suffering (a matter of seconds) the “award materially deviated from reasonable compensation” in this case. If you have had a similar accident, or know someone who has, please contact us today.

Get a Free Case Evaluation