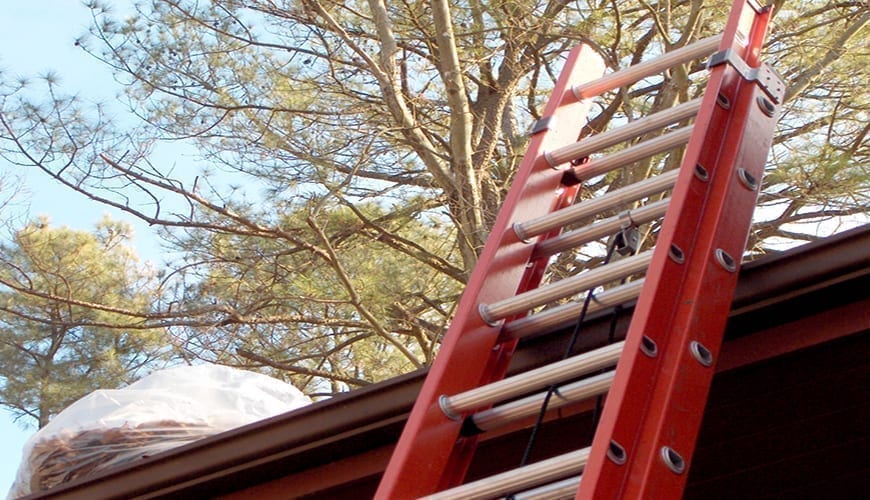 A construction worker got injured in a ladder accident during a New York School construction project. As he was climbing down a ladder, it began to shift.  When the ladder shifted, the worker lost his balance and both he and the ladder came tumbling down to the hard cement floor below.  As a result of the fall, the worker broke his heel and sustained injuries to his back and neck.  The worker attempted conservative treatment including physical therapy. He underwent surgery to repair tendons in his foot when the conservative treatment was unsuccessful.

The worker’s lawyer filed a lawsuit regarding his Ladder Accident at New York School. On the date of the accident, the injured worker was 55 years-old.   Following the accident, the worker did not know how he could make a living or if he would be able to help his family survive.  What is worse is that this accident should never have happened at all.

The defendants knew they did something wrong.  It was their job to make sure the job site was safe.  They did not admit their wrongdoing. Instead, in an effort to contradict the plaintiff’s testimony, defendants found “witnesses” who said that the ladder was secured at the time. The “witnesses” went so far as to say that the ladder never fell in the first place.  This was in complete contrast to what witnesses on the scene and the investigators saw.  Not only that, the “witnesses” claimed that the worker told them he just slipped.

It is typical for defendants to try to avoid responsibilities in construction accidents.  When this happens, there is only one choice for an injured worker, take the defendants to trial, with a law firm he can trust. It did not take him a lot of time to realize that he needs a lawyer that is more experienced in construction accident cases to represent him in this lawsuit. He decided to retain the Platta Law Firm because he wanted a law firm that would handle both his personal injury case and workers compensation claim.

Before trial, the defendants’ lawyers offered $1,000,000 to settle the Ladder Accident at New York School lawsuit.  Although this is a large sum of money, it was not enough to make sure that the worker had the security he needed for the rest of his life.  Prior to the accident, he was a member of a union and made a great living.  The defendants’ offer was insufficient to compensate him for his losses, so he pressed on to trial.

The first part of any trial is selecting the jury.  At jury selection, the lawyers for both sides will pick the people who will ultimately decide the case.  Picking a good jury is the most important part of any case.  At the Platta Law Firm, we usually have two attorneys trying every case. This tactic helps spot any hidden bias in jurors and eliminate potential problems during trial. We take our clients’ cases and trials very seriously and limit the risks our clients face in the courtroom.

Generally, if you are injured on the job (such as in a Ladder Accident at New York School), worker’s compensation is paying for your treatment and lost wages. Something that is unknown to many people is that if you receive a recovery as a result of a lawsuit you must pay back 2/3 of the worker’s compensation lien.  This can result in hundreds of thousands of dollars being taken out of the injured worker’s pocket.  In this case, there was a worker’s compensation lien of nearly $240,000.  This was unacceptable.  In order for the case to settle, we made the defendant pay $2,000,000 and waive almost the entire workers’ compensation lien. While this is not possible in every case, we were able to use the threat of a continued trial to find the best possible outcome.

With the trial looming the defendants finally relented.  They agreed to pay $2,000,000 and we negotiated that workers’ compensation lien down to just over $6,000 (out of $240,000). Although many cases settle before trial, sometimes, like in this case, they are necessary to hold a defendant responsible. The end result of this process has provided security to an injured worker and his family.  If you were involved in a Ladder Accident at New York School you need an experienced lawyer from The Platta Law Firm on your side. We know what your case is truly worth and will do what it takes to achieve the proper results. Do not hesitate to contact us, even if only to inquire.