A New York City Lawyer is representing a young dog bite victim who’s only 11 years old. A dog bit off the victim’s face. This case reminds us why a dog owner is not guaranteed to be responsible for the attack.  The facts in this case are simple.  The child was visiting the dog owners’ house with his older brother.  Without provocation, the dog bit the child on the face, not letting go until another child opened the dog’s mouth.  Because of the attack, the child suffered multiple severe deep cuts in his face. The attack required emergency surgery and left him with multiple scars.

What does a Dog Bite Lawyer Say?

NYC Lawyers remind us that parents who experienced similar circumstances of their child suffering from injuries caused by dog bites will often seek compensation from the pet’s owner.  However, even if the dog attacked their child without any justification or without any provoking of the animal, there is no guarantee the parents can recover any monetary compensation. It’s imperative that if your child has a similar scenario, you must consult with an attorney experienced in dog bites and report the bite to law enforcement. In New York, the owner of a domestic animal is not automatically responsible for injuries resulting from an attack.  Rather, the injured must prove that the animal had “vicious propensities” and the animal’s owner knew or should have known of these propensities.  This term is the tendency to do any act that may endanger a person’s safety or property in a given situation.

Injured Party vs The Dog

As applied to dogs, the injured party must show the dog’s owner’s awareness the pet engaged in prior similar acts that showed its vicious nature.  This does not necessarily mean the dog had actually bitten or injured someone else before.  The injured party proves the dog’s “vicious” through evidence it growled, snapped or bare its teeth.  They can also show the manner they restrained the dog or kept it as a guard dog.  An injured party can show the dog acted in a way that placed others at risk of harm.

In past cases involving children, the courts have dismissed lawsuits where the injured party cannot show the dog had ever previously bitten anyone or exhibited aggressive behavior.  Barking or growling without anything else is insufficient proof.  The court will look at the facts and see whether the dog snapped or bared its teeth at the child. The court looks at how an owner restrained the dog at home. It also considers whether an owner trained the dog to guard the home.

So What Happened Here?

In this recent case, the parents of the injured child were able to produce evidence suggesting the dog had “vicious propensities”.   When discovery was completed, the dog owners asked the court to dismiss the complaint.  They argued the case should be dismissed since they were unaware of any incident where the dog had previously bitten any person or animal.  They also claimed they were unaware of the dog having acted aggressive, vicious, or ferocious.  The parents did not know if the dog previously attacked, harmed or threatened to harm any person or animal.

It is not easy to prove the dog that bit or attacked your child is considered to have “vicious propensities”.  However, here the injured child’s attorney presented evidence showing the owners trained or use the dog as a guard dog. Without this evidence, the courts considering these facts could have easily reached the opposite result and dismissed the case.  It is therefore essential to contact a dog bite lawyer experienced in dog bite cases. The personal injury lawyer you hire will help you prove the dog was dangerous and obtain the monetary recovery that your child is entitled to. 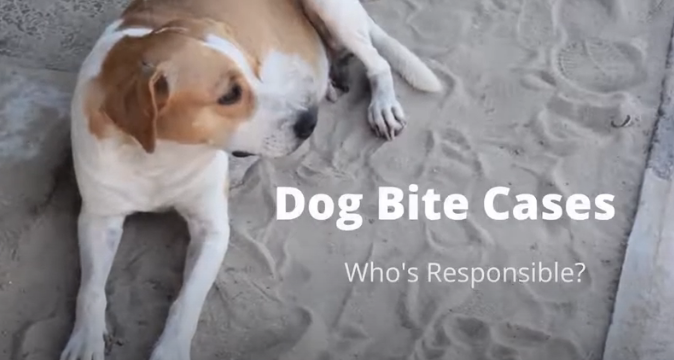