A recent Court of Appeals case dealt with a carpenter who suffered an accident.  He sustained injuries when a large, flat object fell on his hand.  He brought an action under Labor Law §200, 240(1) and 241(6) against the owner of the property and the construction manager.

This distinction mattered, because the plaintiff alleged defendants violated Industrial Code §23-2.2(a) and Labor Law §241(6).  Labor Law §241(6) requires that owners and contractors comply with the Commissioner of Labor’s rules,  and where such a rule or regulation imposes a “specific, positive command,” owners and contractors are subject to a non-delegable duty.  Industrial Code §23-2.2(a) says that forms remain “braced or tied together so as to maintain position and shape.”

Both parties introduced expert testimony regarding form assembly. They also testified about how component parts and completed forms become stabilized and secured at construction sites.  The defendants offered the testimony of a structural engineer regarding the carpenter accident. He said that concrete forms consisted of different types of components. These included form panels. He also defined a “brace” as a structural element used to hold the form in place.  The first component to go up was generally the back form wall.   He added that forms must be able to resist wind loads and other impact, such as workers bumping into them.

Following the expert testimony, the Court briefly permitted the carpenter to testify as to the object that struck his hand during his accident, which he described as 30 feet by 30 feet.  Following all the testimony, the court granted the defendants’ motion for summary judgment dismissing plaintiff’s Labor Law §241(6) claim, holding that the object that struck the plaintiff was the back form wall. Since this was only a component of an entire form, it was not subject to the to the safety requirements under Industrial Code §23-2.2(a). 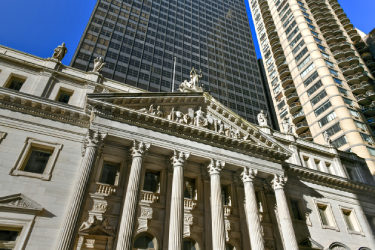 According to the Appellate Division, Industrial Code §23-2.2(a) could apply to forms as they were being constructed.

Back forms needed to be braced to hold its position.  The Appellate Division believed the legislative intent of the statute protects workers, including carpenters, from unsecured forms. This includes protecting workers from unsecured forms that were in the process of being constructed, but not yet complete. Defendants further appealed the carpenter’s accident to the Court of Appeals. The high court considered if the Industrial Code section could apply to forms under construction.  Upon consideration of all of the expert testimony presented to the lower court, the Court of Appeals held that to “interpret the regulation as defendants’ suggest results in diminished protections for workers during the assembly of forms, as compared with the concrete pouring process stage or the work”. This reading of the regulation runs counter to its text. It undermines the legislative intent to ensure worker safety.

Thus, the Court of Appeals held that the expert testimony demonstrates that Industrial Code §23-2.2(a) can be applied to wall components and not just completed forms.  Accordingly, the Court of Appeals affirmed the Appellate Division’s granting of summary judgment to the plaintiff worker in this action. If you sustain an accident while working as a carpenter, you need to contact attorneys willing to take your case all the way to the Court of Appeals.